A workshop with Varia (Cristina Cochior and Manetta Berends)

This workshop was a play on word2vec, a model commonly used to create ‘word embeddings’. Word embeddings is a technique used to prepare texts for machine learning. After splitting the writing up in individual words, word2vec assigns a list of number to each individual word based on what other words they find themselves in the company of. Once trained, such a model deducts synonymous words from comparing contexts, or will suggest probable words to complete partial sentences. With word2complex Varia proposed a thought experiment to resist the flattening of meaning that is inherent in such a method, trying to think about ways to keep complexity in machinic readings of situated text materials. 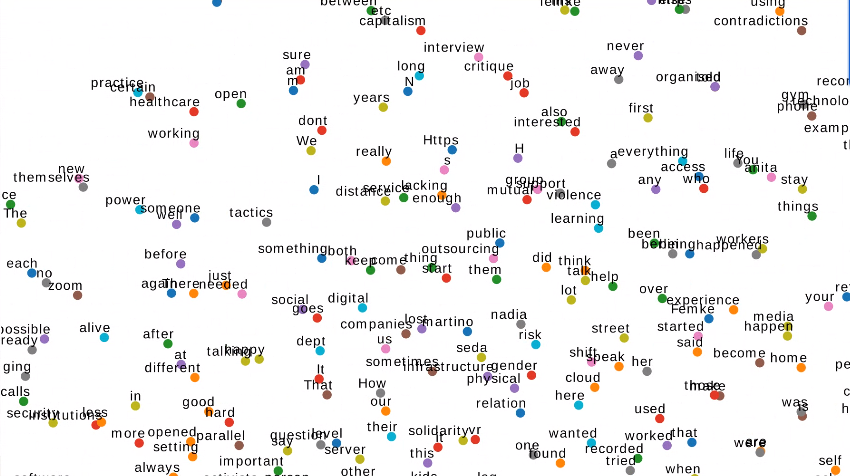 Choose a body of texts that you would like to analyse. Count how many times words appear in this text. You can use a custom script or an on-line service. Pick one word that appears at least twice from the list.

Pick two words that have been embedded (this can include words that someone else embedded). Expand the semantic map below and feel free to adjust the connectors (they are starting points, not prompts)!

shitstorm -> war on terror - "In the meantime, I got sidetracked by the shitstorm that has been happening around us for the last 10 years."