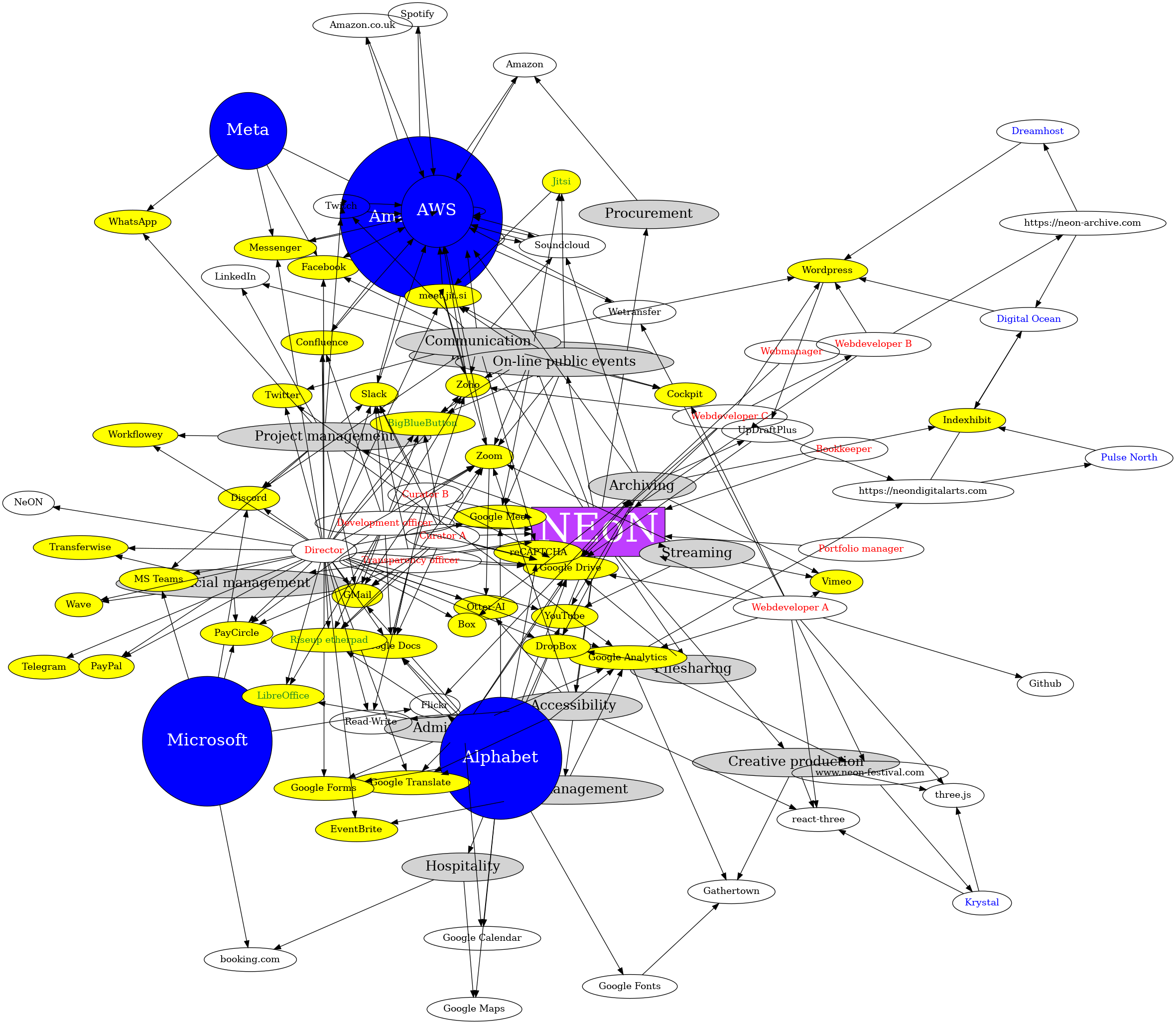 How could a digital practice become more ethical? And what does it mean to say “Digitally Ethical”? NEoN, a digital arts organisation based in Dundee, invited TITiPi to "audit" their daily computational operations, with a view to imagine other environmental and socially "just" digital practices, as part of a rethinking of their internal policies and values.

However, the culture of audits can easily slip into measuring everything and suggestions for mitigating damages: audits are often representational, aimed at the reduction of harms and rarely lead to structural changes or paradigm shifts. Instead, TITiPI approached the audit as an artwork, and proposed a Counter Cloud Action Plan, a set of speculative recommendations to energise NEoNs' imaginaries and collective values for computational infrastructure. The programme proposes the next few years as a training ground for NEoN (or for other organisations) to collaborate on articulating a set of practice and values, activating realities and fantasies of tactical digital ethics for the organisation.

The aim is for NEoN to collectively define their position on digital infrastructure for themselves and others, to become a reference for other grassroots organisations, and to initiate conversations with other arts organisations and community groups on forming the choices they make in relation to a tactical digital ethics. The Counter Cloud Action Plan aims to infuse and challenge what a digitally ethical practice or tactical ethical response for NEoN could be. What would it mean for NEoN to build a tactical ethical response through computational infrastructure in the same way they do through their artistic programme? How would this allow NEoN to reimagine their own tangled computational infrastructure?